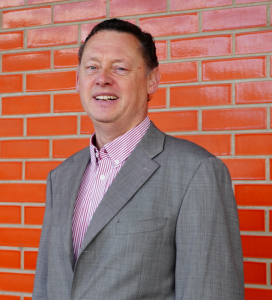 Stephen Mercer was born in Chiswick, brought up in Northamptonshire and went to university in Southampton. In 1995 he moved from south-east London into the borough and he has been a resident of Merton Park since 1999.

He originally qualified as a solicitor and worked in the City and in Hong Kong, but used the opportunity of studying an MBA at London Business School to move into a business role. He set up an insurance operation in Germany before working as an internal consultant at Harrods and finally taking an opportunity to own and run his own business in 1998. This company has grown considerably and thrives, despite recent Brexit and C19 related crises, catering to clients across the UK and all over Europe. It is located at the edge of the borough (next to the new Dons football stadium) so that Stephen is aware of local business issues.

He is married to Carole, who is a solicitor working for the government in Whitehall, and they have two grown-up children, both of whom were educated in the borough. Stephen revived his distant school memories and coached junior rugby at Old Ruts for 10 years till 2010. He tries to remain active and is a keen walker (having climbed Kilimanjaro in 2018), and also cycles regularly, both on a daily basis, to and from the office, and for pleasure. He also manages a local team of similarly grey-haired ‘super-vets’ who play weekly 5 a side and occasional 11 a side football.

Stephen particularly treasures the special quality of Merton Park and the green spaces within it and in the immediate vicinity. He is enthusiastically in support of active travel and of maximising convenience for pedestrians and cyclists, young and old. Living in the south of the ward, he is particularly interested in the prospective re-development of Morden town centre.