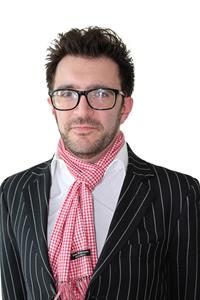 Dickie Wilkinson moved to Merton Park Ward four years ago and became a member of the MPWRA shortly after. He is a self-employed creative marketer, specialising in helping local businesses with marketing and branding and has seen many of his clients increase their local reputation and nominated for numerous awards. Dickie himself has also won a number of awards including Merton Voluntary Partnership Award for Employee Volunteering 2017, and Merton Mencap’s Outstanding Contribution Award 2016.

“As Ambassador of Merton Mencap, Dickie demonstrates his determination to improve the lives of local families; his volunteering for our charity has helped raise our profile locally with both residents and businesses—benefitting our users by increasing awareness of their needs. Dickie is committed to ensuring everyone has a voice in local issues and participates in the community whatever their circumstances.”