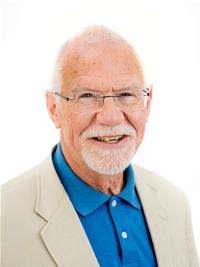 Peter Southgate was first elected to represent Merton Park Ward in 2002 and re-elected as Leader of the MPWIR in 2006, 2010 and 2014. He chairs the Overview & Scrutiny Commission (OSC), which is responsible for scrutinising the budget and holding the executive to account. It recently completed a review of volunteering in Merton. Peter also sits on the Planning Applications Committee and the Safer and Stronger Partnership.

Peter has lived in Merton all his life. As a child he lived in Wimbledon Park and attended Wimbledon Park Primary School and Kingston Grammar School. He went to Manchester University to study Economics and Sociology and met his wife Pauline, a mathematician. They married and settled in Merton Park in 1967. They moved to their present home in Dorset Road in 1973. Both their sons attended Merton Park Primary and Wimbledon Chase Middle School.

Peter spent his career in market research, first with major agencies and then, from 1981, heading up his own research consultancy. In the local community he is a governor of Merton Park Primary School, a trustee of the Merton and Morden Guild and chair of the Ahmadiyya Muslim Association Liaison Group.

Our meetings are currently being held online via Zoom. 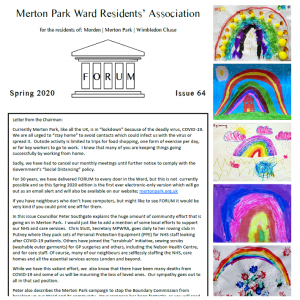